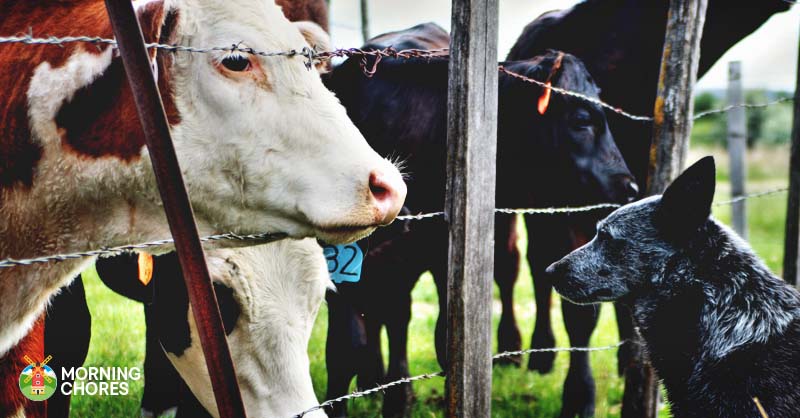 Do you ever find yourself on different homestead forums and wonder how you got sucked into reading the conversation?

Well, that is the predicament I found myself in the other night. I was scrolling through social media sites where I follow a few homesteading forums. One of the questions was, “Can you raise a horse for meat in the United States?”

Naturally, my interest was piqued. Not because I wanted to try horse meat or even raise a horse.

Honestly, I just wanted to know the answer and what people would say to that. There were many different animals, but it got me thinking, what other animals should people not raise for meat and why?

So I’m going to share with you a few animals that most homesteaders in the Western culture probably should steer clear of for the purpose of meat and why you should do so.

Also, I’m going to add a few animals that I would not recommend for new homesteaders either.

Here are my suggestions:

The first animal mentioned here is going to be a horse. I read this forum in regards to horses being used for meat.

So if you raise these animals for meat in those places, you will be breaking the law. Eating horses in the United States would be dangerous anyway because of the vaccinations most people give their horses. They can actually make the meat toxic.

Now, I know a lot of people deem this a waste since horses are usually buried when they die, but you still shouldn’t eat them.

Also, horses can be used after they die to make glue, but are rarely used for that anymore either. According to Horses and Horse Information, most glue is actually made of byproducts of cows because where we eat so many burgers as a culture, there is plenty left over parts to make glue out of now.

So horses aren’t needed for that. But don’t get discouraged. If you want to raise a horse to ride, breed, or use for their muscle around the farm, they are still very useful animals and great for many things. Just don’t add meat to the list of purposes.

There are many birds that you won’t want to raise for meat. In our culture, parrots are usually used as pets and not looked upon as meat birds.

But you also will want to probably stay away from smaller birds too, like parakeets or even bantam chickens.

Bantam chickens are one of the more common varieties that you’ll see on a farm, but most do not raise them for meat. They are raised for their small eggs and setting abilities.

While the pet variety of birds could put you in the cross-fire of some heated discussions and potential breaking of laws in your area. So if you decide to think outside of the box for raising meat always check your local laws first.

Do you remember this fun game as a child that was based on a dog? I still play this game with my own children, but I’m not referencing the game today. A lot of cultures actually eat dog meat and think that it is very good.

However, this is another meat option that the United States has pretty well taken off of the table. You have to be careful even hunting certain species that are related to the dog.

So if you are raising a whole slew of dogs, it needs to be for pet purposes or training them to be service animals or sled dogs only.

But coyotes (which are closely related to a dog) are actually becoming a problem in some areas, and there are some states that will actually pay you to hunt them. In that case, I’m sure it would be okay to actually ingest the meat.

However, I’d still check with local law enforcement before doing so, and I’d also make sure you did your research on what you are eating.

But always remember, dogs make great pets and certainly have a place on the homestead for other purposes. Here is a great resource on choosing the right dog to protect your livestock.

Honestly, I know some cultures don’t look at them like pets so I’m sure it does make them a viable meat source. For myself, my dogs are part of my family so I couldn’t imagine ever considering them a meat source. Just know that if you live in the US, dogs are not allowed on your meat list.

When I was growing up, my mom and I ate out a lot. The people at her office kept bragging on this little local restaurant and said that we just had to eat there, and we did eventually.

Unfortunately, a few weeks later the place was closed down for serving cat as chicken. I ate the chicken while I was there! That is something I’ve never quite gotten over if I’m honest.

Now, I’m not sure if what I ate was actually chicken or not, but I prefer to think that it was. I’m a cat person so I can’t bear to think that I accidentally ate one.

Either way, I’m sure you know where I’m going with this. Again, in other cultures, eating cat is totally okay, but not in the United States.

However, don’t think that cats don’t have a place on your homestead because they do. Cats make excellent pets. They are great companions and petting them can actually help you to calm down and lower your blood pressure.

But you can also adopt a stray cat and have it neutered or spayed so it can keep your barn free of pests. Here is a great resource if that interests you.

Would you believe the same day I found myself fascinated with the post about eating a horse that I saw an unusual ad of people selling Buffalo? In our area that is very uncommon.

Now, I understand that people raise buffalo, and they are great animals. I also know that bison burger is some of the best burgers I’ve ever eaten.

As well as, the ad said that Buffalo can also be used as dairy animals. They would require a lot of room, though, and appeared to be very expensive.

Obviously, the pricing is understandable since they are a rarity where I live.

However, though I’ve said all of these great things about Buffalo, I’ve added them to the list of things I wouldn’t recommend on raising for meat because I don’t want a new homesteader jumping right into it.

See, Buffalo are massive animals. They require a lot of know-how because one wrong move and they could easily kill you.

So if you have some experience dealing with larger animals, and you have the room for a buffalo, then you might want to consider it.

But for newer homesteaders (or small homesteaders), you’ll want to bypass this meat source.

When I wrote this article about some of the best animals for milk, I developed a whole new appreciation for the donkey. The reason is I found that they actually produce some of the best and healthiest milk for human consumption because it is the closest to human milk.

But I already loved donkeys because they are great for guarding your livestock. Where we purchased our first goat from, the owner told us that he had a coyote problem when he first moved in with his goats.

Then he purchased a donkey to guard them, and the donkey killed a bunch of coyotes and sent enough of a message that the rest of the coyotes moved out. That is my kind of animal!

However, you will not want to raise donkeys for their meat. It is my understanding that their meat can be really tough and it actually stinks. I don’t know about you, but if I have to fix something that smells bad only to have to chew on a piece of tough meat to be able to ingest it, I’ll just mark that one off of my list.

So donkeys can be very useful around your homestead, I just wouldn’t add them to the menu.

Cows are great animals. They are pretty easy to keep on pasture, they are great for meat, and some people enjoy them for dairy as well.

So why did I add them to the list?

Well, because I don’t think they are a good animal for a new homesteader to just jump right into raising. They are large animals that can easily take you out with one swift kick or a headbutt.

So if you are new to the homesteading scene, as appealing as these animals may seem, I would recommend that you get your feet wet, and you really research before you invest in a cow. They are no small investment and really should be respected.

Our final animal for the list today is a hog. I don’t mean some sweet little 100-pound pig that will follow you around. I’m talking about hogs that you see on hog farms. These animals easily weigh 400 pounds.

Actually, I recall when we raised pigs on our smaller homestead. We invested in the smaller breeds that were about 100 pounds. They weren’t very intimidating and served their purpose for us.

But when my step-dad found out I was getting ‘pigs’, he automatically assumed I was getting a hog. He flipped his lid. He repeatedly told me I shouldn’t do that. They can be mean and could easily toss me around or worse.

However, when he came for a visit and saw my sweet mini-pig breed, he was very relieved. Though I’ll be honest, I wouldn’t let my younger boys in the pen with the pigs because they still could probably knock them around if they wanted to. Luckily, I had sweet pigs.

Then one of our friends invited us over to their hog farm. We now trade meat with them, but I was stunned the first time I saw the farm. There were these large houses where the pigs were kept and these pigs were huge!

When he culled the first hog for us (so we could get an idea of what it was like) he literally shot one hog right between the eyes with a larger caliber hand gun and the pig just stood there like nothing had happened. It took a second shot to put him down. My mind was blown.

I knew then why his wife would always go with him to care for the pigs. She is afraid that if something were to happen to him while caring for the pigs that he could be in trouble.

So again, hogs are great animals for meat, and they can be good natured. But if you are a new homesteader, I don’t recommend that you jump right into raising hogs for meat because they are large animals. You need to really do your research.

Also, they too should be highly respected because these animals could easily cause you harm if you are inexperienced and trying to handle one.

So you now have 8 animals that you either should not raise for meat, period or should not start out your homesteading career raising.

But I’d like to hear from you. Is there another animal that you wouldn’t recommend (or people just shouldn’t) raise?

We love hearing from you so please leave us your comments in the space below.

Homesteading: Flight From the City: An Experiment in Creative Living on the Land

10 Things You Need to Know Before You Get A Goat