Heritage rabbits have been planned for the farm for a couple years now.  Rabbits, especially meat rabbits, have historically been a mainstay of small family farms and homesteads.  Many of these old heritage breeds are now gone, or critically endangered.   Today, while rabbits are still legally livestock, culturally they are now generally viewed as pets.  Rabbits rank in the top 10 most popular pets in the USA, just after reptiles, according to the AVMA.

We get a lot of young visitors here at the farm, and sometimes the educational tours are a bit much for those young attention spans.  Not to mention the goats are as big as the children, which can be intimidating.

The young family audience and our desire to work with a new heritage breed gave birth to Bunnyville.

We designed Bunnyville to be practical, for the humane production of sales rabbits on a natural home-grown diet, but also whimisical and charming for our visitors, both the young and the young-at-heart.

We first added a clan of very friendly pet Lionhead rabbits and their buddy a Mini Rex Lionhead cross.  We chose Lionheads for their adorable faces and very cuddly natures, generally appealing for tours and the pet rabbit market.

We then added a starter group of Checkered Giants, a very rare old heritage display breed, in June.  Checkered Giants got their name for the checkerboard pattern on their sides.  These rabbits come with black or gray (called blue) patterning, or in a sport phase of solid black or blue.  We are very excited to start working with this breed!

Amble around Bunnyville to meet and feed our Lionhead and Checkered Giant rabbits.  Admission credited toward your rabbit purchase.

Our bunnies can join your family gathering or work meeting. 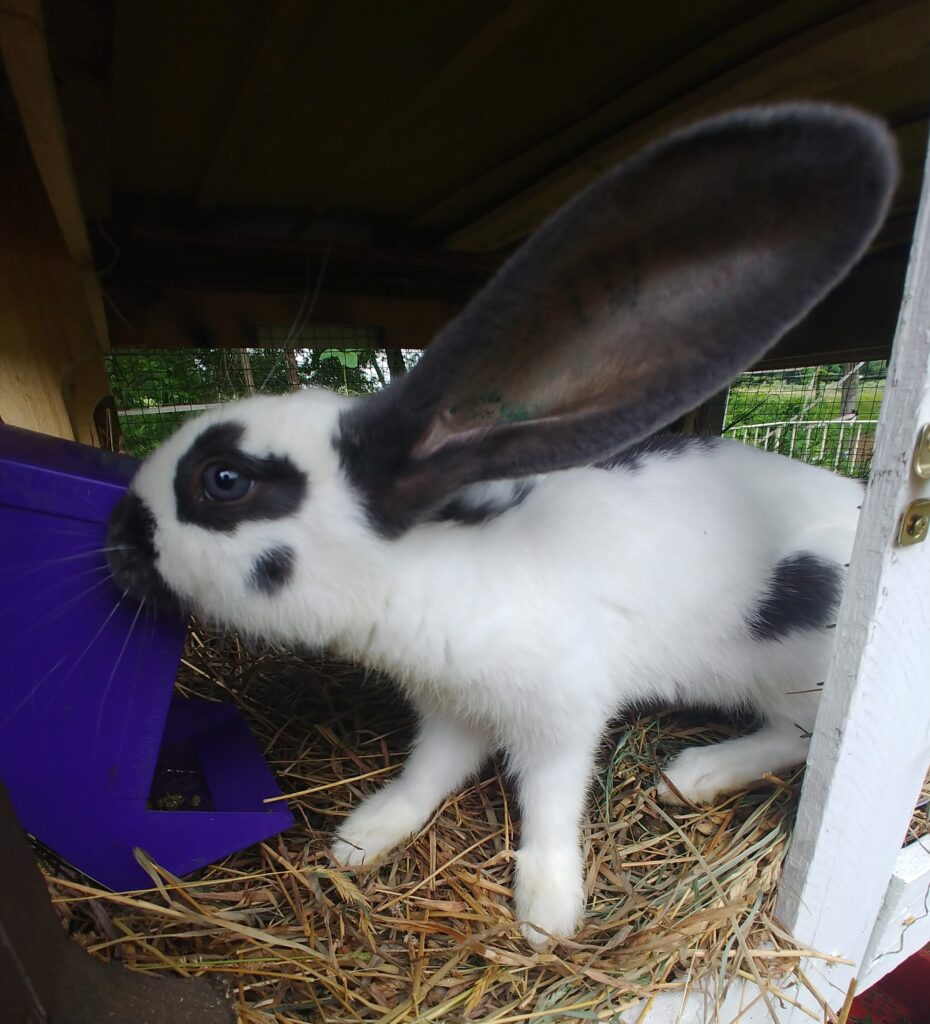 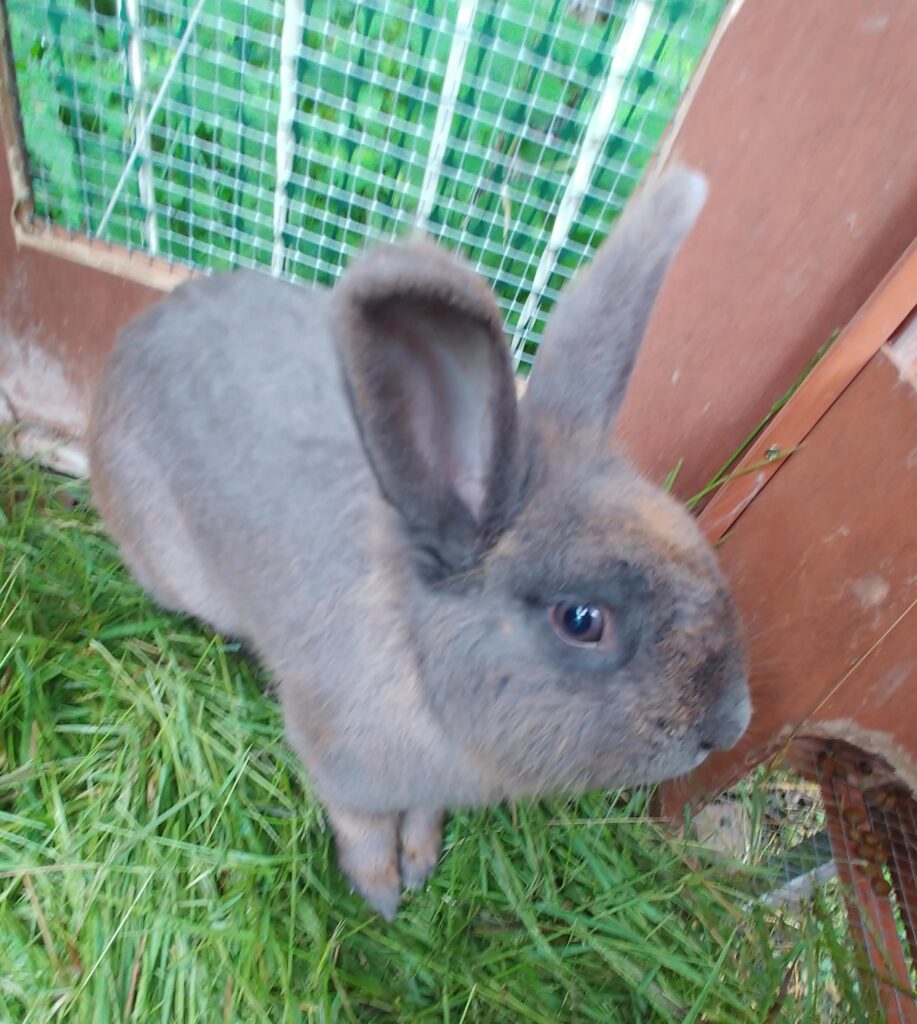 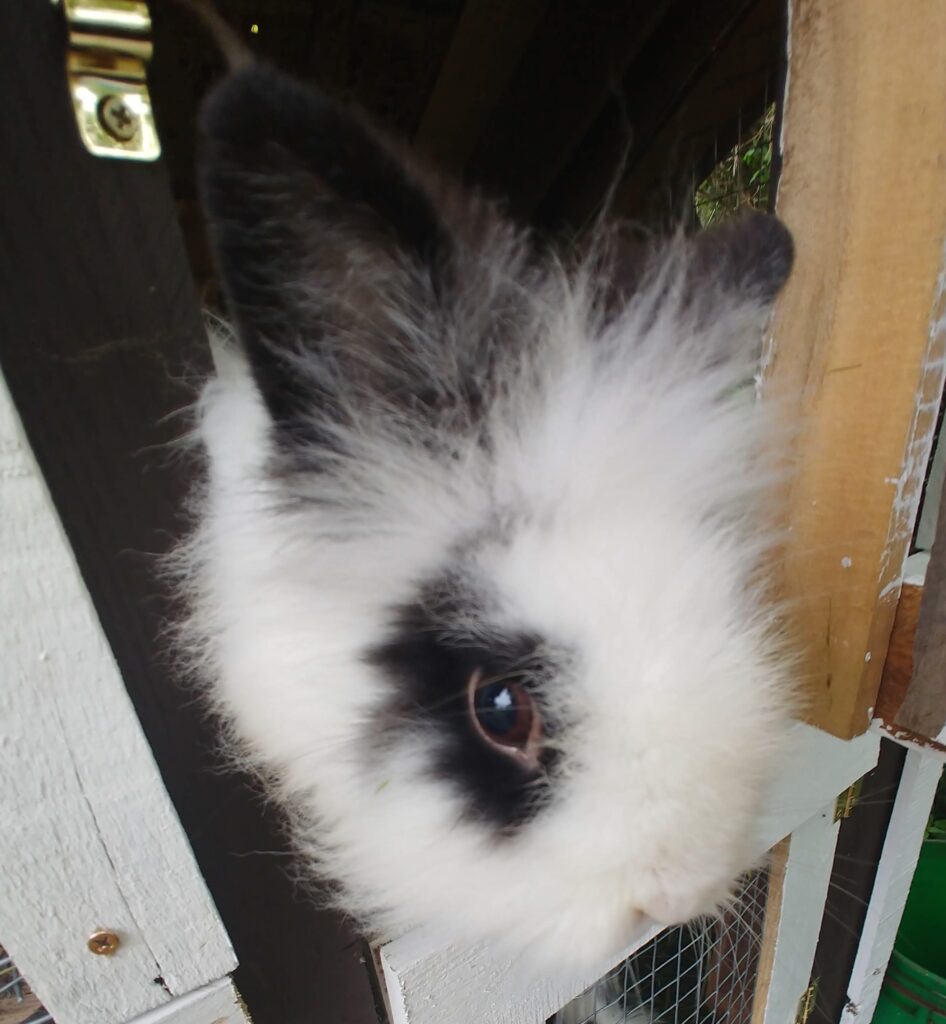 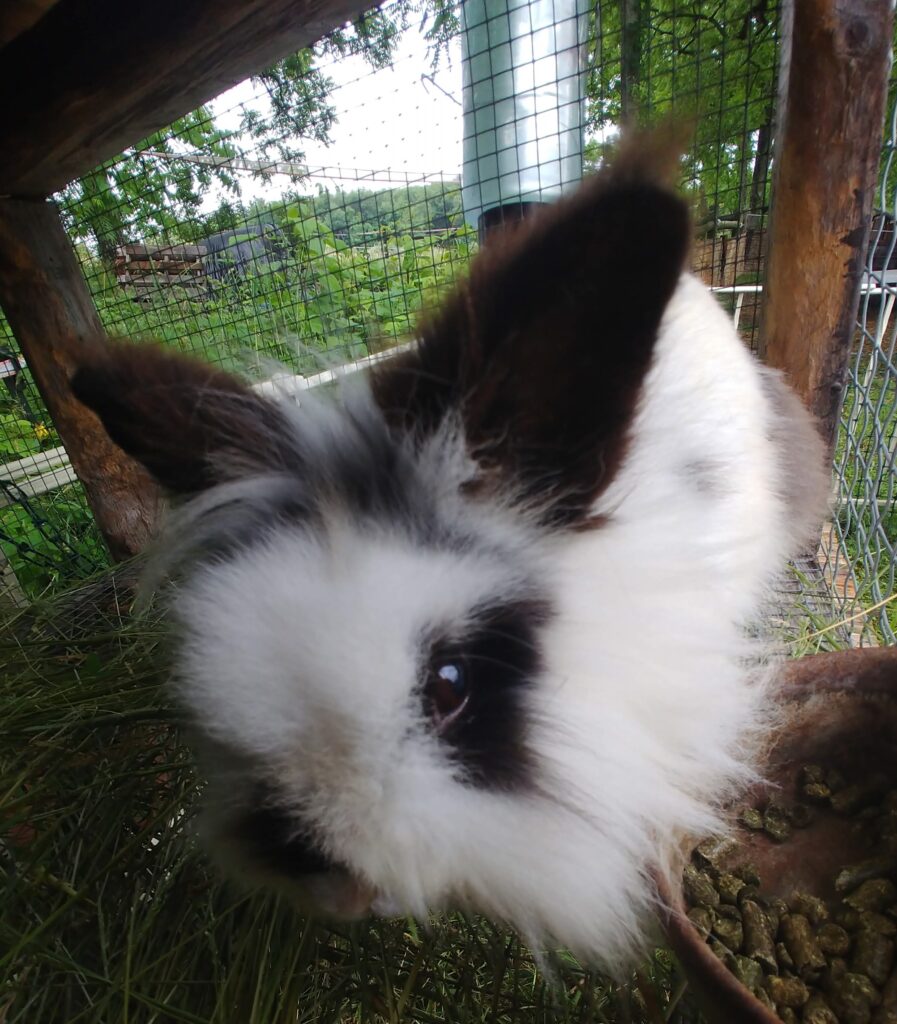 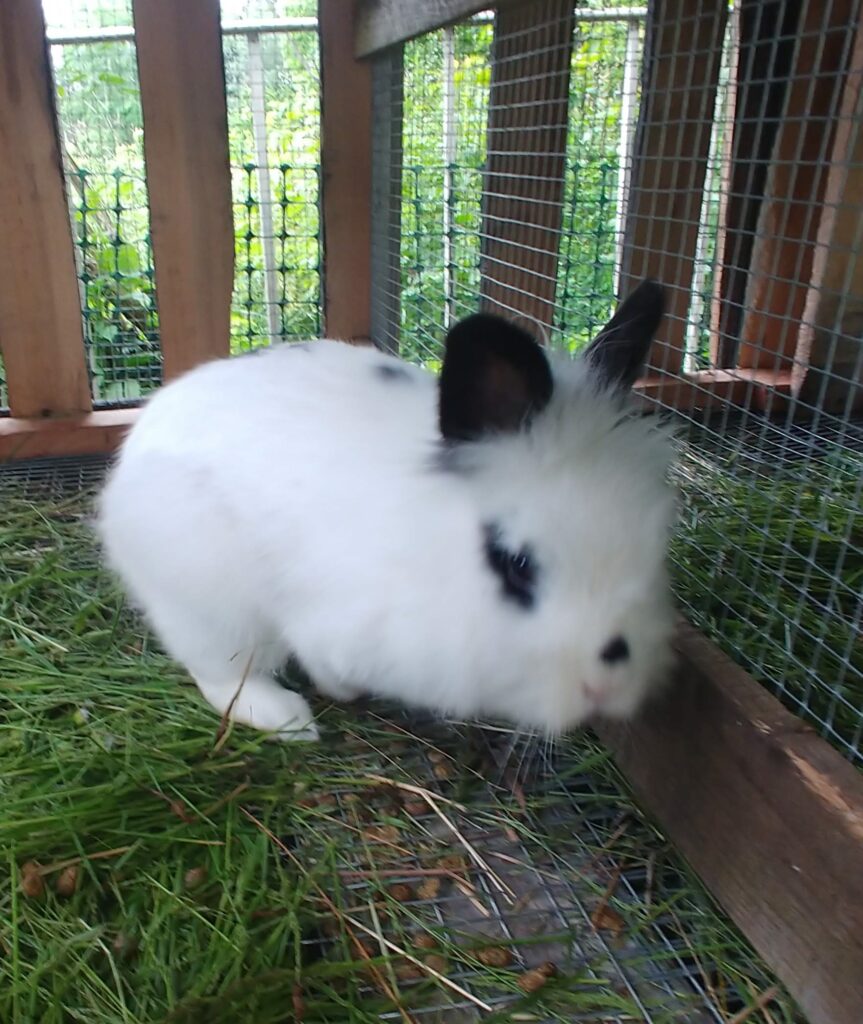 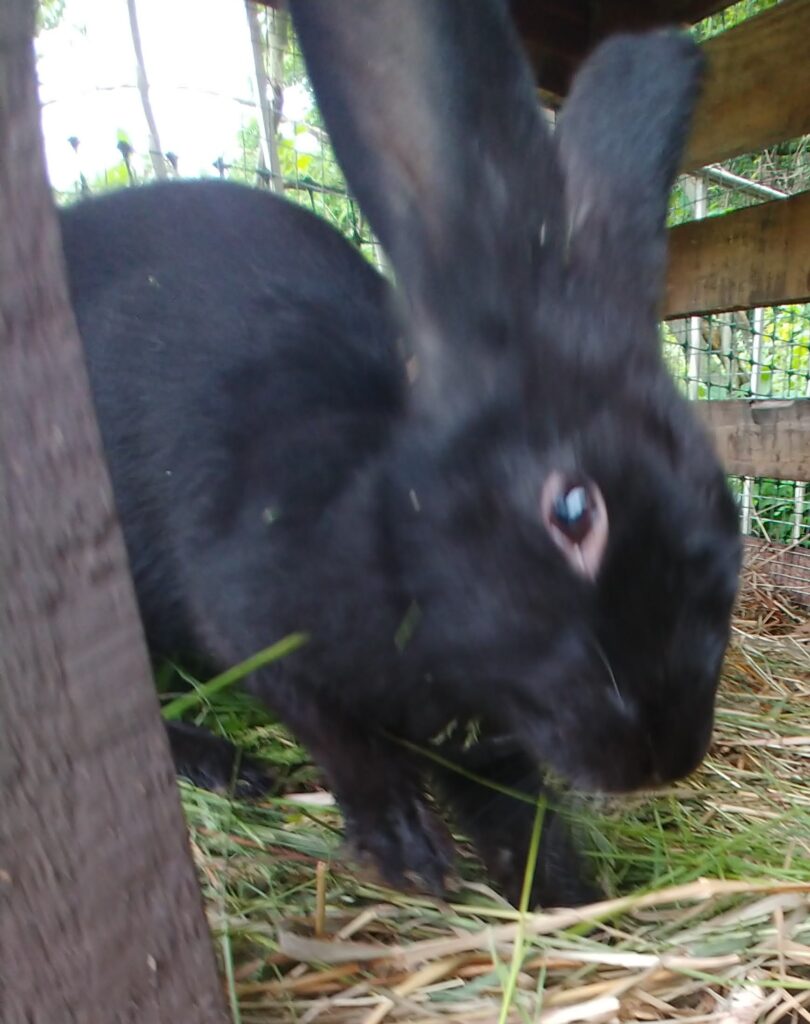 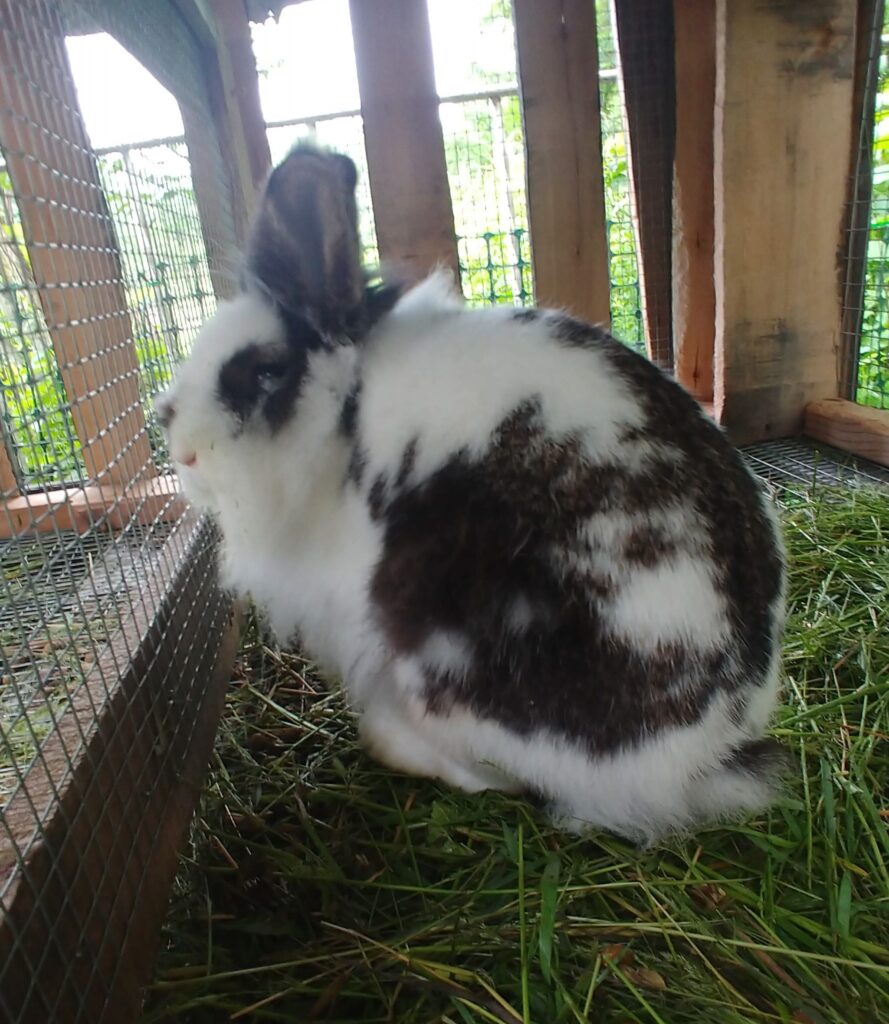 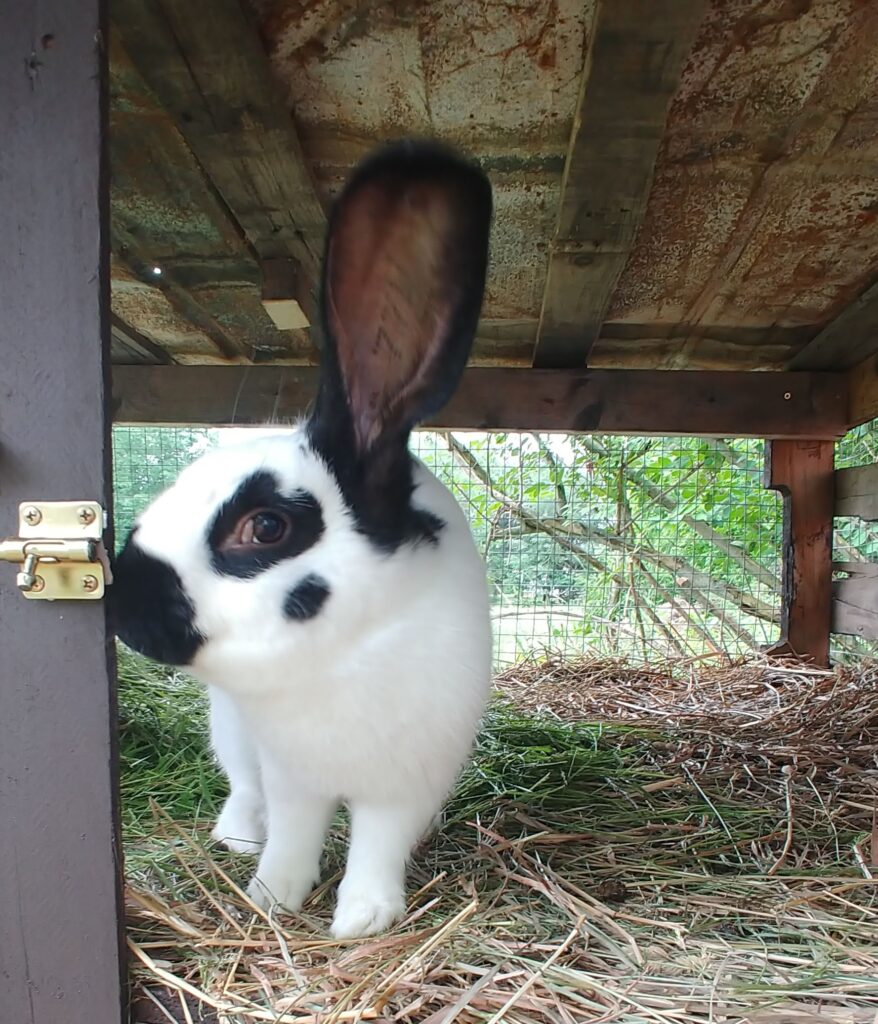 Email info@barakah.farm or phone/text 717.759.4242 for more information about our rabbits.

Learn side by side with us, as we enter the world of rabbit breeding, preservation and care.

This is not a refund.  Please do not give your rabbits away for free – they often end up euthanized at a shelter or fed to someone’s pet snake.  We will gladly take them back or resell them on consignment.

The Lionhead rabbit is a tiny rabbit that has a compact and rounded body. What makes them unique is the fact that they have a mane. Their mane has some similarities with the mane of a lion, you would almost say that someone must have crossed a rabbit with a lion.

The lionhead is a friendly rabbit with a good personality. Although they enjoy attention of their owners and/or other rabbits a lot they don’t find it hard to be on their own. A strong social connection between rabbit and owner is therefore not required but still recommended. In general the lionhead rabbit is a recommended pet for young children due to their personality but it does needs some experienced handling.

Around their head, chin, chest and occasionally their skirts(flanks) Lionheads are covered with an amazing mane of wool. The rabbit weighs on average between 2.5 and 3.5 pounds. The length of their mane is on average 2-3 inches and forms a kind of “V”. They also may have transitional wool around their hindquarters.

Lionheads come in a variety of colors, although not all colors are recognized yet by the breed registry.

(This information quoted from Lionhead Rabbit | How to Care, Diet, Lifespan, FAQ (With Pictures))

The Checkered Giant, known as Géant Papillon in French, is a breed of domestic rabbit that originated in France. One of the largest rabbit breeds, the Checkered Giant is recognized by the American Rabbit Breeders Association (ARBA).

The story of the Checkered Giant begins in Europe, where large spotted rabbits were known since the mid-1800s. These rabbits became popular in Germany and were used in some crossbreeding efforts, including the Flemish Giant rabbit to improve size and type. Otto Reinhardt took these rabbits in a new direction and, in 1904, began introducing them to Black Flemish Giants, although some say they were Gray Flemish, to produce rabbits that became the Checkered Giant.

Others joined his efforts and the breed eventually became popular in Europe and then made its way to the United States by 1910. By then the required color pattern for spots was set in a standard for the breed and included the distinctive “butterfly” shaped marking whose wings circle the nose and body extending toward the forehead of these rabbits. In a nod to this marking, they became known as the Giant Papillon in Europe. The Checkered Giant is one of the minority of rabbit breeds with specific coat markings. The markings defined in the breed standard of the Checkered Giant differ somewhat from those in the breed standard of the Giant Papillon (see side note below).

The Checkered Giant is classified as Threatened by The Livestock Conservancy in the USA.

The American Rabbit Breeders Association, or ARBA, recognizes it as one of the biggest rabbit breeds. On the other hand, the Checkered Giant is not recognized by the British Rabbit Council (BRC), which only acknowledges the Giant Papillon. For ARBA show purposes, a mature Checkered Giant buck must weigh a minimum of 11 pounds (5.0 kg), and a mature doe must weigh a minimum of 12 pounds (5.4 kg). ARBA does not specify a maximum weight for Checkered Giants.  For the Checkered Giant, ARBA recognizes two varieties: white rabbits with black or blue markings on their noses that resemble a butterfly. On each side of the rabbit’s body, there must be two black or blue patches. From the base of their ears to the tail, they must have black or blue stripes running down their spine.. Each sex and variety is judged separately.

The Checkered Giant has a long, hare-like form with a semi-arched, mandolin body type and a thin yet strong frame. They have strong, muscular legs, a large head, and big ears that should be held erect most of the time. 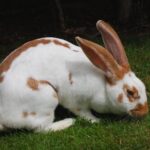 Find us in Glen Rock, Pennsylvania USA - visits by appointment only please