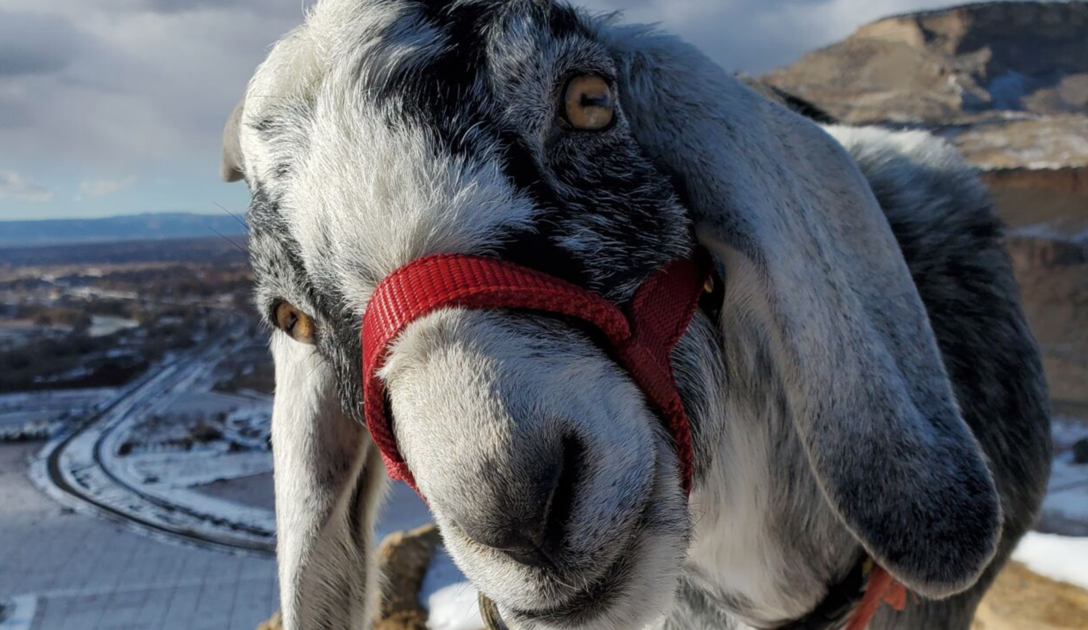 A Colorado teenager inspired by the great outdoors is giving back in a unique way and it involves a goat named Iowa.

Having started a project dubbed “Packing with a Purpose,” Carter Burnham, a 17-year-old that’s wildly passionate about the outdoors, is picking up trash on trails around Colorado with a little extra help from a furry friend.

“I will always pick up trash if I see it. It’s a habit at this point,” Burnham said. “My love and passion for the outdoors extends further than I could explain with words.

Burnham’s goat, Iowa, joins him on his adventures. Together, the pair have hiked multiple trails in Grand Valley, picking up every bit of trash they come across.

Carter’s love for animals started while he was growing up on his family’s farm, which is located between the towns of Grand Junction and Palisade. Spending a lot of time with animals, a pack goat seemed like the perfect hiking companion. That’s when Carter found Iowa, a male Nubian goat.

According to Burnham, pack goats are capable of carrying about 25 percent of their body weight. This means that if Iowa reaches up to 200 pounds, he’ll be able to carry about 50 pounds of garbage on his pack saddle.

“That’s huge,” Burnham explained. “I, alone, would never be able to come anywhere close to that.”

According to Burnham, he plans on continuing to explore the state with Iowa, cleaning up trash everywhere the two go.

“I just want to inspire people to be good, to do small things every day that are positive, and impact our world,” said Burnham.

The Conkle’s Hollow Gorge Trail In Ohio Is A 1.2-Mile Out-And-Back Hike With A Waterfall Finish