While the European Union and other countries around the world have been much more hesitant to embrace genetic engineering in our food supply, in the United States genetic engineering is close to becoming the norm in the foodstuffs we eat. With myths abounding on both sides of the debate, it is more important than ever to discover what this technology is and the risks, dangers, and opportunities that it presents to our health, to the livelihood of our nation’s farmers, and to the ecological well-being of our environment.

What are Genetically Modified Organisms?

Simply put, genetically modified organisms, or GMO´s, are any sort of live organism whose genetic material (DNA) has been modified through human interaction with bioengineering technology. GMO’s are also referred to as transgenic organisms. This is the most common form of genetic engineering where in scientists take a gene from a completely unrelated organism and “splice” it into another type of organism.

While gene transfer does occur in nature through related species, the transgenic process between unrelated species that don´t belong in the same family is a practice that only happens due to human intervention.

For example, one of the most common forms of genetic engineering involves incorporating a gene into a plant of corn or soybean that makes it resistant to the common herbicide glyphosate. By having seed that will grow into plants that won´t be killed off by the most commonly used herbicide, farmers can pretty much do away with the process of tillage to get rid of weeds while spraying their fields several times each year with herbicides.

Scientists are continually searching for different ways to incorporate genetic engineering into different food and animal products. From “glow in the dark” cats to cabbage injected with scorpion venom, there are literally an unlimited amount of possibilities for genetic engineering.

While many scientists and industry leaders are excited and enthusiastic about the potential benefits that genetic engineering brings to the table, there is widespread concern and rejection of genetic engineering technology from consumers, environmental advocates, and others.
Possible Health Dangers of GMO´s

Leaders in the genetic engineering industry often times consider as alarmist and untrue claims that genetically modified organisms cause health dangers. While many of the claims of GMO´s as “Franken-foods” can be exaggerated, the truth is that there is still so much that we don´t know.

While agrochemical companies like Monsanto and others claim that every genetically engineered product they produce goes through an extremely rigorous trial period, there is also a concern that these companies actively suppress independent research into the GMO products they produce. If research into the health effects of these products is tightly controlled by the industry itself, that only leads to further causes of suspicion.

One thing that has been proven, however, is that genetic engineering of food products can lead to health issues. In one case, certain allergies were passed from a Brazil Nut to a soybean. In this particular case, genes from the Brazil nut were spliced into soybeans so as to improve the nutritional value of the soybeans. In laboratory tests, however, it was shown that allergy concerns from the Brazil nuts were also passed to the soybeans.

Since we have so little idea about how nature will react when two foreign genes are placed in the same organism, and since the approval process of these GMO´s is not the most rigorous (partly due to the lobbying efforts of major corporations and stakeholders), many people feel that it is only a matter of time before unforeseen health consequences begin to stem from what we purchase at the grocery store.

Lastly, industry behind genetic engineering has been unwilling and indisposed to label any and all products that have been produced through genetic engineering. While consumer advocates have argued that individuals and families have the right to know what they are consuming, major players in the food industry recently spent over 45 million dollars in advertising to help defeat legislation that would require labeling of GMO foods.

As a consumer, how can we not be apprehensive when the major food companies seem so untiringly dedicated to maintaining an air of secrecy around what they put into our food? 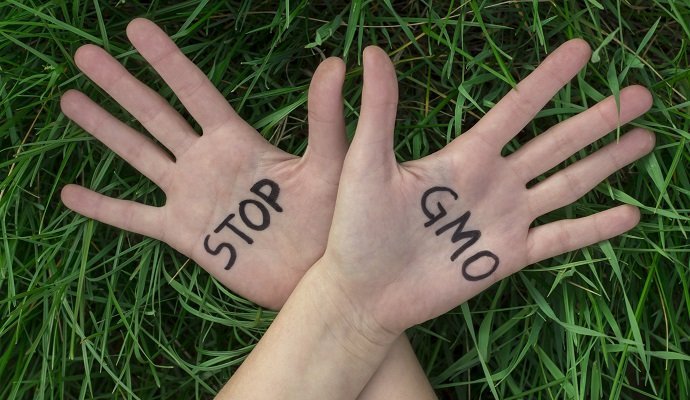 While the health concerns over consuming GMO´s is certainly worrisome, many people believe that the impact of releasing human altered DNA into the wild could cause unforeseen and serious environmental issues. We humans need to learn to accept that our ignorance is not only unavoidable, but that a healthy acceptance of our ignorance and the limits of our knowledge can be a virtue.

The genes that scientists splice into other organisms are always aimed at trying to improve some quality of nature for our own good. Whether it be reducing our work load through genetically engineering crops that aren´t killed by pesticides or releasing genetically modified mosquitoes into the air that will kill off the bugs that cause mosquito borne diseases like Zika, our human well-being is the reference point for our tinkering with the natural world.

We seldom realize or take into account that we humans are only one part of a larger ecosystem. In many ways, the ecological crises that we face result from our anthropocentric mindset that has sought to elevate human well-being above the well-being of all else. Access to cheap energy has certainly made our species go faster and farther and stronger, but it has also significantly altered climate patterns around the world. Might the same be happening with genetically modified organisms?

The Food and Agriculture Organization (FAO) of the United Nations is also concerned about the environmental effects of genetic engineering on the wider environment. According to the FAO, the possible ecological effects of releasing GMO´s fall into three separate issues:

– The release of GMO´s could very well have unintended effects on populations in the area where GMO´s are released. For example, if the target species is corn, it is close to impossible to find how that introduced gene will react with other species. This could cause significant and potentially dangerous changes in the predator-prey relationships that our food chain depends on.

– The release of GMO´s could also fundamentally change the soil food web that creates the fertility plants need to grow. The biogeochemistry of the soil is a delicate ecosystem in itself with billions of creatures and microorganisms in every handful of soil. GMO´s might change this delicate balance which would upset the flow of plant nutrients and elements.

– Lastly, GMO crops will transfer their genes to other native populations through the natural gene flow caused by pollination, mixed mating, and microbial transfer. This dangerous effect has received major media attention wherein farmers who have been farming certain heirloom crops for generations have had their seed contaminated by GMO seed grown by neighboring farmers. Not only have these farmers lost their seed against their will, they have even been sued by companies like Monsanto who claim that they are using their patented seed without having first purchased it!

Some Positive Aspects of Genetic Engineering

While the health and environmental concerns of genetically modified organism certainly warrant our disquiet, there are also a number of potentially positive roles that GMO´s can play. For example, the American Chestnut tree used to be one of the most iconic trees in North America. Entire forests were made up of this towering canopy tree that could grow to several hundred feet tall. Not only were chestnut trees a vital part of the landscape, they also produced a staggering crop of high protein nuts that were a major part of our earlier diet. In the early twentieth century, however, a fungal disease called Chestnut blight wiped out close to 4 billion American chestnut trees effectively extinguishing what used to be one of the main trees in the Eastern United States.

Many scientists today believe that the only way to bring back the mighty American Chestnut is through genetic engineering; producing an American Chestnut tree that is genetically protected from the blight that killed off so many trees years before. If splicing in a protective gene against fungal blight (that other species like wheat have already evolved on their own) could save a tree from extinction, would it be worth it? Many people think so, especially because of the food and timber value that the mighty chestnut tree represents.

Wes Jackson is a farmer and scientist from the American Midwest. He has seen how the annual tillage of grain crops has replaced millions of acres of ecologically resilient natural prairie land. However, while prairies may preserve soil, increase biodiversity, and offer habitat for animals, they don´t do much to provide for food.

Jackson and his team of scientists at The Land Institute in Salinas, Kansas have been working for a number of years on developing perennial grain crops. In short, they are trying to genetically modify certain annual grain crops like wheat, corn, and soybeans to resemble their perennial prairie counterparts. Jackson believes that genetic engineering of crops can help our food system change from a monoculture of annuals to a polyculture of perennials that will be much more ecologically viable.

Genetically Modified Organisms: Both a Danger and a Promise

The main danger of genetic engineering is that the research and development of these technologies has been almost completely in control of the hands of mega agricultural corporations dedicated to a chemical intensive, monoculture farming model that is damaging in itself. While any sort of genetic engineering should be approached with caution, the possibilities of beneficial genetic engineering might very well offer advantages in the future.

Emergency Food Storage & Survival Handbook: Everything You Need to Know to Keep Your Family Safe in a Crisis

Homesteading From Scratch: Building Your Self-Sufficient Homestead, Start to Finish

My Experience with Permaculture and Compost Toilets Near Biella Italy – TheJourneyofBethB