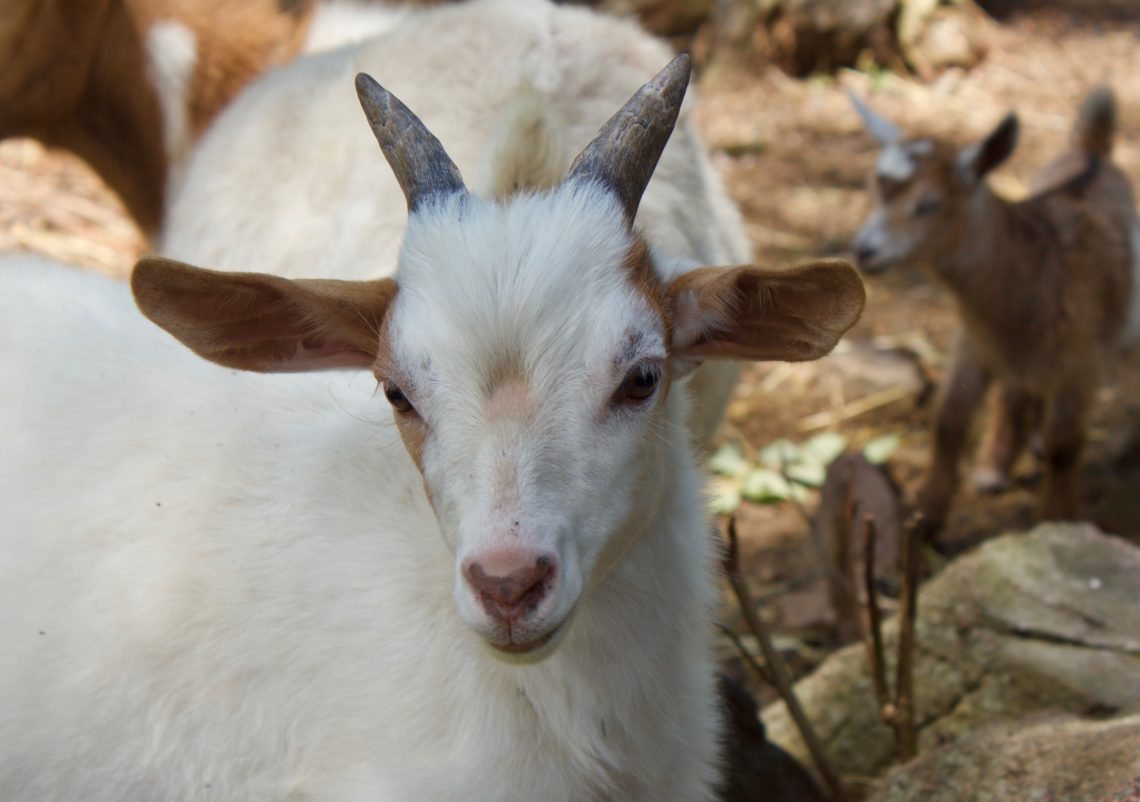 With our farm focus being heritage breeds, we chose to work with Myotonic Goats.  We chose these goats for their low-input diet, parasite resistance, quiet calm temperament, and lack of tap dancing on cars.

The breed, according to Dr Phillip Sponenberg, DVM, PhD & Barbara Roberts, is described rather than standardized.

A breed description is different from most breed standards in that a description describes, while a standard prescribes.  The Myotonic goat, a landrace breed, is more varied than standardized goat breeds – especially so if it is compared to imported breeds that were started with relatively few goats that all had very similar traits.  A landrace type of population means that the Myotonic goat breed survived (and many still do) as an untracked and unmonitored population of locally used goats for local production purposes.  Imported and standardized breeds in the US include nearly all the Dairy breeds along with the Angora and Boer goat. This breed description is lengthy, and tries to be very specific so that breeders can understand just exactly what a Myotonic goat is, and why the breed is more than the single trait of myotonia.

The Myotonic goat is a distinct breed yet it has many synonyms for names, including Nervous Goats, Wooden-Leg Goats, Scare Goats, Fainting Goats, and Tennessee Fainting Goats. The breed is a multi-purpose goat derived from a variety of strains of goats that were originally from Tennessee. As is typical of locally developed breeds, the overall type and conformation do vary somewhat more than is typical of imported, standardized breeds (dairy breeds, Angoras, Boers). However, the breed does have several distinctive features that set them apart from other goat breeds, and it is these features that help to define the Myotonic goat as a breed. Several old strains of Myotonic goats persisted in Tennessee, and goats of these lines can still be found. In addition, several lines developed in Texas since the 1950s, and some of these have a slightly different “look” by virtue of being selected in a different environment and for different goals. One must remember that the Texas goats ultimately originated in Tennessee and so both strains are indeed branches of the same breed.  The relatively newer strain of the breed is the minis.  The mini Myotonic goats retain the distinctive breed features, though in a more compact and shorter size.  They too ultimately originated in Tennessee, just as the Texas strain, and so too are a branch of the same Myotonic breed.

Myotonic goats have a very distinctive breed type that is based mostly on head and body conformation. They also have a muscle condition called myotonia congenita. This inherited trait leads to an overall increase in muscle mass so that the goats are very muscular when compared to other breeds of similar size. This trait is so distinctive that it is easy to confuse the trait with the breed. However, the Myotonic goat is much more than just a myotonic condition; it has a host of other consistent traits that are very important and need to be conserved for future generations.

After a break during the farm move, we have returned to breeding.  We currently maintain one of only a handful of myotonic herds in the country that is chemical free and vaccine free.  In 10 generations, we have needed chemical dewormers a handful of times, and only in individual goats.  Our goats are registered with the Myotonic Goat Registry. 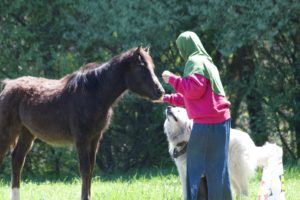 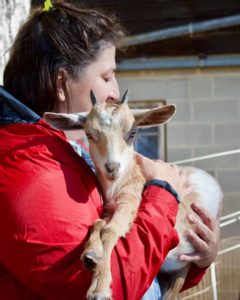 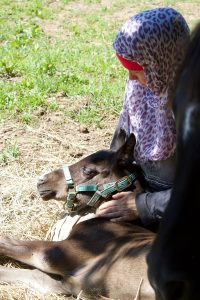